Are E-Cigarettes Safe For Your Heart?

Since 1965 Americans have been warned of the dangers of smoking. According to 2014 Surgeon General’s Report on The Health Consequences of Smoking, the Surgeon General’s warning labels on tobacco products was effective in lowering deaths from cardiovascular disease over the last 54 years. While smoking rates amount adults and teens are less than half of what they were in 1964, 42 million American adults and about 3 million middle and high school studies continue to smoke today. Federal data shows that tobacco continues to be the most deadly legal drug our country faces claiming nearly half a million deaths each year.

Every year on May 31st, the World Health Organization promotes World No Tobacco Day. This year’s focus is “tobacco and heart disease.” According to Dr. Robert Benton, Clinical Research Director at Capital Cardiology Associates, smoking is one of the most powerful risk factors for the development of coronary heart disease. “If you had to look at the one modifiable risk factor that people can take charge of in their lives, it would be to stop smoking,” says Benton. Studies that date back to the 1940’s show that smoking as little as one cigarette a day impacts your cardiovascular health. 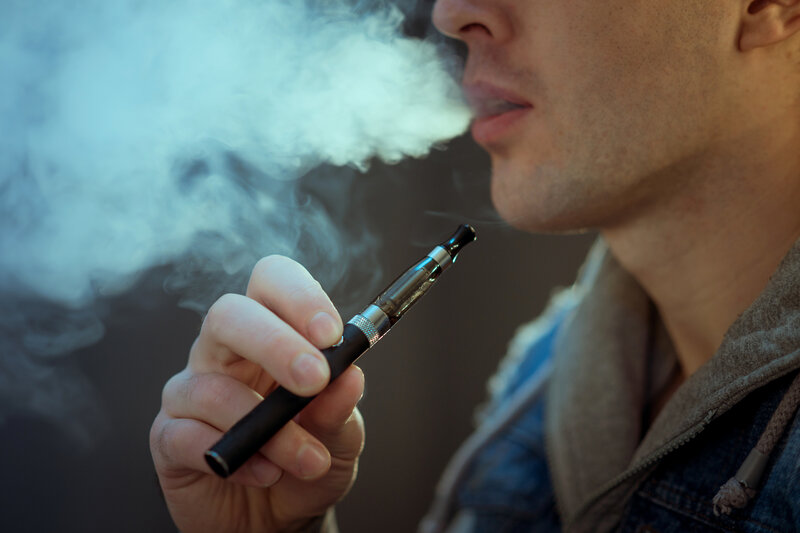 As Americans began searching for the easy or effective methods to quit smoking beyond nicotine replacement gum or patches, e-cigarettes and vaping technology arrived on the market. Billed as an alternative to cigarette smoking, e-cigarettes are considered tobacco products because most of them contain nicotine, which comes from tobacco. E-cigarettes have become very popular with young people since 2011. Their use, known as vaping, has grown dramatically in the last five years.

Until recently, the dangers of e-cigarette smoke has been unknown due to the lack of long-term safety data of the potential harm or benefit. In January, the National Academy of Sciences published a study where researches linked e-cigarette smoke to DNA damage in the lungs, bladders, and hearts of mice. Although this study was all done on mice, the researchers state that their findings have implications for humans as well.

Moon-shong Tang, Ph.D., professor of environmental medicine at New York University and one of the study’s authors, told The Guardian that while they’re beginning to work on long-term experiments to prove their theory, “The results may take years to come in because cancer is such a slow process.”

Locally, Dr. Lance Sullenberger, Co-Medical Director of the Cardiovascular CT Scanning Suite at Capital Cardiology Associates, cautions our community on the dangers of smoking. “We see patients every day who are smokers who do have adverse outcomes. Problems like: heart attack, or stents, or by pass surgery. Many of these cardiac patients end up stopping smoking after their heart attack or heart surgery. What we would like to see as your cardiologist are changes in your lifestyle before your cardiac event happens.” His advice for heavy smokers who are considering using e-cigarettes as a method of quitting, “If your using e-cigarettes to step down from smoking, I think its acceptable. I certainly don’t encourage people to use e-cigarettes who aren’t smoking. E-cigarettes certainly do not eliminate all of the adverse effects of nicotine addiction or other respiratory problems that come with inhaling chemicals deep into your lungs.”

We can expect more research and regulation on e-cigarettes in the coming years. The Food and Drug Administration was granted the process of regulating the tobacco market in 2009. Their goal is to have e-cigarette manufacturers submit product information, like tobacco companies, to protect the public’s health. FDA Commissioner Scott Gottlieb has said he is open to exploring whether e-cigarettes can help people quit traditional cigarettes, alongside the other actions the agency will take. Last year the agency extended the deadline by four years for e-cigarette manufacturers to submit applications for products that went on the market after February 2007.

Written by: Michael Arce, Media Specialist
Any medical information published on this website is not intended as a substitute for informed medical advice and you should not take any action before consulting with a healthcare professional.