If you are man in your 30’s, here’s why you need to get your risk of heart disease checked this month

“Recognizing and preventing men’s health problems is not just a man’s issue. Because of its impact on wives, mothers, daughters, and sisters, men’s health is truly a family issue.” — Congressman Bill Richardson (May 1994)

This month: Eat Healthy, Get Moving, and Make Prevention a Priority

June is the month we celebrate the men in our lives. From the handmade gifts, ties, tools, BBQ accessories, or golf clubs we give dad on Father’s Day the one thing dad could do for us starts with a simple talk with his doctor. The most important men in our lives ironically put their own heart health as a relatively low priority. Dr. Lance Sullenberger, Medical Director of the Cardiovascular CT Scanning Suite at Capital Cardiology Associates, urges men to take a more active role in their heart health – today. “Men, as young as in your twenties, you should be thinking, ‘What can I change now to start preventing future problems?’ We were all in our 20’s once, 66 seems a long ways a way but 40 is not that far. We see plenty of patients with heart attacks and strokes in their 40’s.” Eat Healthy
Start by taking small steps like saying no to super-sizing and yes to a healthy breakfast. “Once you enter your 30’s and are about the age of 35 it is much hard to obtain a lower weight after the age of 35. You can’t just exercise your way into it, you have to employ choleric restriction as well as exercise. If you’re learning health habits on how to eat, make exercise a priority, then you are on the right track than most patients,” says Sullenberger. Eat many different types of foods to get all the vitamins and minerals you need. Add at least one fruit and vegetable to every meal. 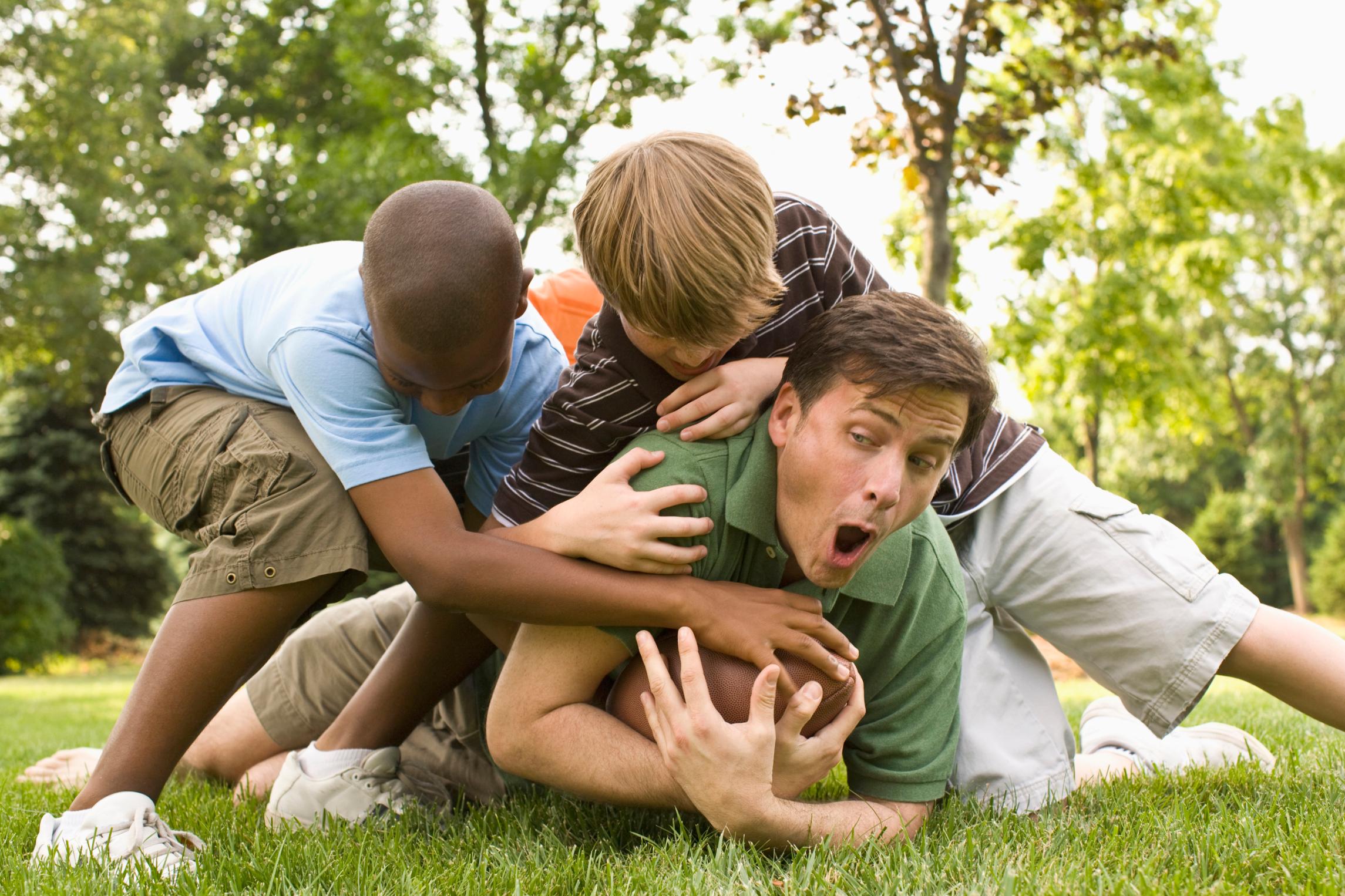 Get Moving
Play with your kids or grandkids. Take the stairs instead of the elevator. Do yard work. Play a sport. Keep comfortable walking shoes handy at work and in the car. Most importantly, choose activities that you enjoy to stay motivated for at least 30 minutes a day.

Make Prevention a Priority
Many health conditions can be detected early with regular checkups from your healthcare provider. Sullenberger adds, “Once you move to your 30’s and certainly into your 40’s then you see where those lifestyle changes and especially genetics are playing more of a role. Those patients I usually sit down and go over what their risk factors are. Is it smoking, high blood pressure, high cholesterol, what’s their family history like. And then we start to look at lipid levels, blood pressure levels and see who needs to be medicated. There are multiple different ways to determine that.”

When a physician is seeing a patient in front of them, from a cardiac perspective there are two major types of patients: patients with symptoms and patients without symptoms. “The vast majority of patients are patients without symptoms, they don’t come in with chest pain or shortness of breath. What I or any other provider are trying to determine is, what is the chance that this person is going to have a heart attack that is unexpected, or die of cardiovascular disease, or have a stroke — unexpectedly? There have been multiple ways over the years that we have tried to determine what that risk is. Initially it was just with stress testing but that has multiple failures in terms that the people without symptoms in just looking for the unexpected plaque in the patient that doesn’t have any symptoms. Then there are mathematical models based on population studies that we put factors into an app like: age, sex, blood pressure, diabetes, what the cholesterol levels are, if the patient smokes, and what their race is. What comes out is a mathematical prediction of what this patients risk of having a heart attack or dying of cardiovascular disease or having stroke is over the next ten years,” says Sullenberger.
But those models not only change over time, as do population studies, they include a lot of people who won’t actually have an event and sometimes they miss people. As Sullenberger shared, “Where we find they miss is in family history because there are certainly people who have strong genetic predisposition to coronary disease who have normal lipid levels, blood pressure, normal body weight, and do the right things yet are still predisposed. When these mathematical models were created there was no way to account for all the variances and nuances of family history and it didn’t really pan out as something that was included in those mathematical models.”
When your primary care physician assess your risk, they may order a cardiac CT (computed tomography) scan which provides a high-resolution three-dimensional image of the moving heart and great vessels. A CT scan is a low risk procedure that has been around since the 1990’s. The CT scan is an x-ray procedure that combines many x-ray images with the aid of a computer to generate cross-sectional views of the body. “With this technology we can see if there is plaque in the arteries. That plaque can then be scored using a software package that uses the number of pixels and density that gives us a score,” notes Sullenberger”

“Studies since the early 2000’s which have been longitudinal, meaning the patient populations who have been scored have been followed for years; we now have five year, ten year, and now twelve year data on calcium scoring. That data shows us that number, your score, is directional proportional to event outcomes making it the most predictive model we have for determine whether or not a patient who has symptoms is going to wind up having a heart attack or what their risk of heart attack, stroke, or dying from cardiovascular disease is over the near future. When I look at calcium scoring, I usually start thinking about calcium scoring people in the mid 30’s, especially if they have a strong family history. Certainly people over 40. Above that age, I think everyone should at least consider or discuss with their physician if calcium scoring is appropriate for them. What we know from studies that have been done is that a calcium score of zero gives you the best prognostic information of any test that anyone can do for you at any time regarding your cardiac health. A calcium score of zero gives you a risk of somewhere in the range of .5% risk of heart attack over the next five years on an annual basis and there’s nothing else, no math model, no stress test, or anything else. Scores above zero are abnormal and the height of the score is indicative of increase risk. The highest score I have ever seen a symptomatic person was in the 12,000 range, that’s very usual. The usual high score we see is in the low thousands, I usually tell people 2,000 is the highest we’ll see in a week of doing scoring.”

Women go to the doctor more often than men, particularly in their reproductive years, according to a 2016 study conducted by the University of Sydney. One reason women see their doctor more than men is mainly for gynecological and reproductive health visits. Women also have health screening tests earlier in their lives than men. Since women are more familiar with their health care provider, they also tend to be more forthcoming when discussing their personal health. Sullenberger noted this difference in visits with his patients. “Women will expound upon their symptoms and tell you about it. With men, you really have to pull out the details. I can tell you that as a physician it’s important that give those details up to make sure that those aren’t important to the development or workup of a symptom.”

During Men’s Health Month one statistic we would like to see changed is this: men are 24 percent less likely than women to have visited a doctor within the past year. Guys, if you haven’t seen your doctor for a check-up this year, you are not alone. “I am around doctors all of the time and I am reluctant to go to the doctor,” admits Sullenberger. “It is important, much like, you wouldn’t drive your car forever and never take it in to be serviced. That’s just not smart. You need to take your body in, get it serviced, see what’s going on, see what’s under the hood. You are much better off finding things that can be changed before they become life altering than having that problem develop into an emergency room visit or hospital stay that could have been prevented.”

If you have a family history of heart disease or have questions about your risk of heart disease, stroke, or heart attack — talk with your doctor. “The first person to talk with is your primary care physician,” points out Sullenberger. “Address what your concerns are. Most primary care physicians especially in this area respect that a lot. In this area, primary care physicians are very familiar with coronary calcium scoring and are comfortable ordering the test and dealing with the results of it. If you want more than that, you can always ask your physician for a referral, alternatively at Capital Cardiology Associates, we see all patients even if they don’t have a referral. We have an Enhanced Cardiac Access Suite, our walk-in clinic, for people to be seen. We are always open to seeing patients even if they haven’t been referred by their primary care physician.”
Written by: Michael Arce, Capital Cardiology Associates
Any medical information published on this website is not intended as a substitute for informed medical advice, and you should not take any action before consulting with a healthcare professional.